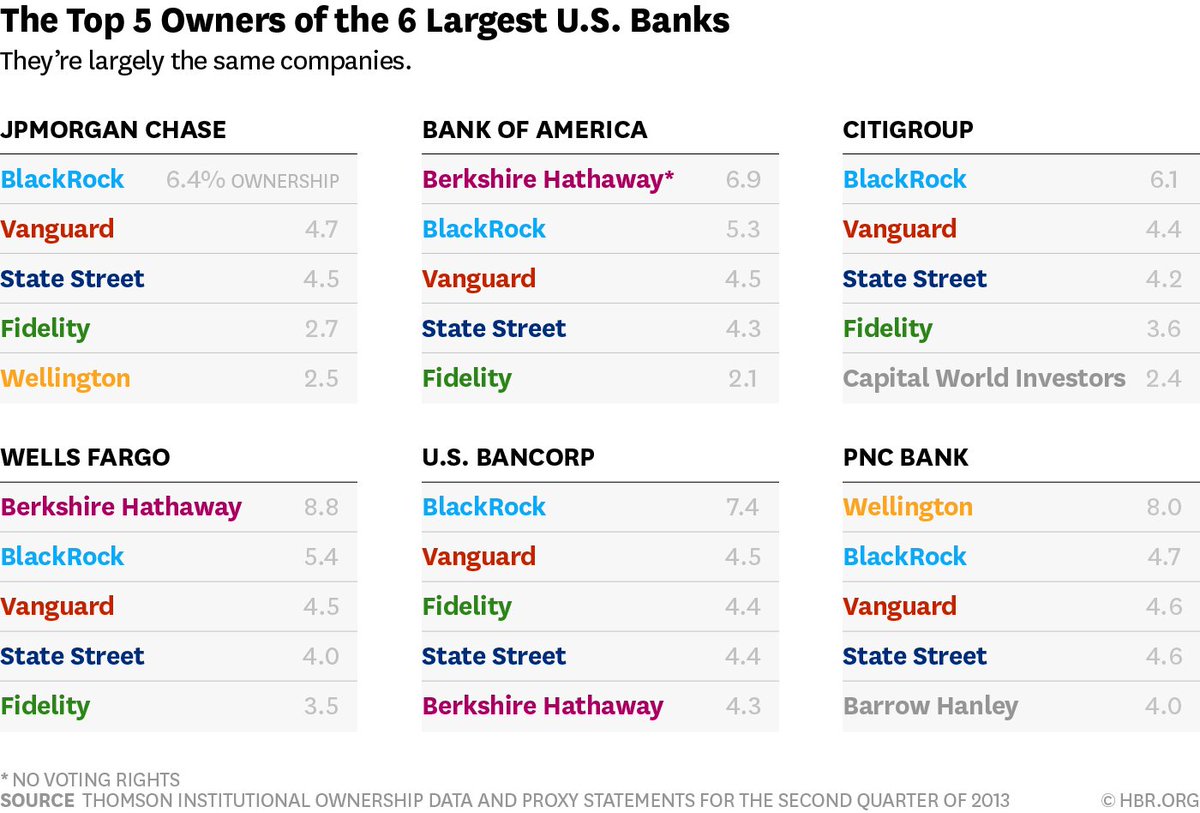 Upon their invention in the late 20th century, index funds revolutionized investing for the general public. They offer a low-fee, passive, and more consistent alternative to brokers and actively managed mutual funds, whose performances are often lackluster. By tracking existing market indices such as the S&P 500, index funds simply try to match the market, which active money managers often fail to do in their risky efforts to beat it. They in effect provide investors with a slice of every company, resulting in almost infinite diversification. This predictable, steady, and lower-risk approach has made index funds — having now grown to control almost 20 percent of all American stocks — massively appealing.

Although the popularity of index funds has provided millions of Americans with a cheap and easy wealth creation vehicle, academics are growing concerned that their expansion is proving to have anti-competitive effects. Most people invest in index funds through a small number of mutual funds — four of the most well-known being Vanguard, Fidelity, State Street, and Blackrock — who offer index funds as investment products. Since these funds track the same indices, they end up buying stock in many of same companies. This has created an unintended effect of common ownership as this handful of funds control large portions of all companies operating in the same industry. In the American airline industry, for example, 80 percent of all stocks are owned by a small collection of funds.

The theory currently in vogue among many academics (that common ownership reduces competition and is thus bad for consumers) was first raised in the 1980s by Julio Rotenberg, who contended that “firms, acting in the interest of their shareholders” could “tend to act collusively when their shareholders have diversified portfolios.” The central idea is that if index funds control stock in all the major players within an industry, investors want the industry, not individual companies, to maximize profits. Companies, on the other hand, knowing that they share the same stockholder base as their competitors, can all afford to raise prices with limited effect on demand and much to the delight of their stockholders. Unfortunately, workable solutions addressing this problem are few in number and unlikely to produce the desired results.

Studies examining common ownership are in short supply, but the evidence is already beginning to stack up. In a paper titled “Anti-Competitive Effects of Common Ownership,” José Azar, Isabel Tecu, and Martin Schmalz scrutinized the American airline industry, which, as previously mentioned, is dominated by a handful of funds. They looked at routes in which airlines of varying degrees of common ownership competed and ultimately concluded that common ownership increases ticket prices by almost 10 percent. On routes where the airlines had little common ownership of their stock, rates were much lower. Another study by Azar, Schmalz, and Sahil Raina analyzed American banks, who also have much of their stock held by a handful of funds into which investors funnel their money through index funds. The results in this industry were strikingly similar, as banks whose stock are often included in index funds tended to have higher fees for creating accounts and gave lower interest rates for the money under their control.

Many of the funds who offer indexed investment products have begun to push back on these claims, with Blackrock crafting a 24 page report offering its own theory on the subject. Even if the effect is real, it is certainly unintentional, as index funds are only able to offer such low fees since they refrain from the sorts of activities (meeting with companies, detailed market research) that would create this sort of upward pressure. It might even be against the best interests of those who invest in index funds, since the small gains in the airline industry could easily be offset by higher travel expenses for companies occupying the rest of the market. There is even some irony in the matter as index funds have been hailed as a democratizing force in investment due to their unique accessibility to the common investor.

This begs the question, however, of how the effects of common ownership are distributed. Although index funds allow for broader sections of the population to gain a foothold in the market, only middle and upper class Americans have enough disposable income to consider investing. The gains of index funds have thus been concentrated among those already reasonably well-off, whereas the greatest relative harms are experienced by those lower on the economic ladder. The regressive nature of these effects creates an imperative for action.

Unfortunately, no solutions are likely to work or easy to enforce. Writing for Slate, Eric Posner and E. Glen Weyl proposed that since Congress already limits the sorts of funds that employers can give employees for their retirement accounts, a condition could be added that the funds offered could only invest in one company per industry. The authors claim that this would still provide adequate diversification since portfolios would be spread out across multiple sectors, but this would massively increase investor risk due to the ease of picking a “loser” within each industry. More importantly, the effects seen in highly concentrated markets like air travel and banking, where a few companies dominate, cannot be generalized across all industries, especially those where the options offered to consumers are much more diffuse. Considering this, Posner and Weyl’s solution would likely have marginal effects on the average consumer but would do real harm to the retirement portfolios of millions of Americans, of which index funds often form the backbone. Compounding this point is that fact that most money invested in index funds is not located in retirement accounts, meaning such a regulation would do little to effect the change desired.

"“The gains of index funds have thus been concentrated among those already reasonably well-off, whereas the greatest relative harms are experienced by those lower on the economic ladder.”"

Einer Elhauge, a law professor at Harvard, claims that antitrust law could be enough to force some changes in the behavior of the mutual funds offering indexed investment products, especially in the realm of voting. As Matt Levine of Bloomberg explains, however, “None of this has much to do with voting. Shareholder voting just isn’t very important; it’s not like shareholders get to vote on airline ticket prices or route decisions. If you think that institutional investors are causing managers to stop competing, there are more plausible mechanisms for that than voting. Just leaving managers alone, for instance, probably itself tends toward anti-competitiveness: If shareholders don’t pester management, they will probably compete less hard, just because that is easier.”

The central barrier to any real solution to the problem of common ownership is the inability to effectively regulate index funds. Even if Posner and Weyl’s solution were broadened to encompass index funds not included in retirement accounts, such a rule could be easily circumvented. Funds like Vanguard and Blackrock would cease to offer products that track the entirety of the S&P 500, but they could simply begin to offer products that included the first company (alphabetically) in each industry and investors could simply allocate their investment across these sort of “sub-index funds,” as Levine surmises. On top of that, even if this strategy were to prove too costly for the funds offering the products, there would be no way to keep individual investors from mimicking indexing strategies if they chose to pursue them on their own.

Although it might be tempting to act on the new evidence regarding common ownership, there seems to be no viable way forward. The price increase effects are probably be limited to a small number of highly concentrated industries, whereas an attempt to regulate index funds would do much broader harm to the investment and retirement accounts of many Americans. It is certainly important to keep in mind the inequitable distribution of the gains and theorized harms of index funds, but facing a lack of effective solutions, the problem seems to be an intractable one.

Nicholas Lindseth '21 is the Senior Managing Web Editor of the Brown Political Review. Nicholas can be reached at nicholas_lindseth@brown.edu